Blessed Unrest, now in our 20th year, is a subversive physical theater ensemble that transforms new and classic plays into channels for unexpected alchemy, energetic discomfort, and complex articulation.  Through a dedicated and diverse ensemble, international collaborations, and a rigorous training and devising process, we are fueled by the innate human desire to collaborate, the thrill of the impossible challenge, and the instinctual need to rebel.

We are an unusual organization in that we are a large company of creators who have been working, training, and honing our crafts together for anywhere between two and 20 years.  This allows us to go deeper every time we engage with the work.  It allows us to play hard.

We believe that complex, smart, physically driven theatre with strong narratives and a sense of humor can move and inspire a wide audience, and ours includes both fans of the avant garde and mainstream theatergoers.  The diversity of our ensemble broadens the scope of our work and attracts diverse audiences.

Blessed Unrest is honored to have been funded by the Ruth and Hal Launders Charitable Trust since 2018.  Particularly in the wake of the past two years, their contribution has helped to assuage the uncertainty of not only how to survive, but of how to continue making vital work as an arts organization.

Throughout the course of the pandemic, while live theatre was on respite Blessed Unrest continued to make work safely, recognizing the increased need for community and the presence of art in our lives.  We developed a process of prerecording all elements of sound involved in a production in order to eliminate the dangers of live speaking and vocal projection.  A rich tapestry of music and pre-recorded speech was developed to create soundtracks with which movement was interwoven.

Working both remotely, and outside in masks, TOUCH was born, a pandemic meditation on skin-hunger and longing to connect.  Inspired by our growing understanding of the function of mirror neurons and driven by the need to provide a refuge from the isolation and fear, the piece invited audiences to partake in the warmth of creative intimacy, with the safety of distance.  The research on mirror neurons and the emotional brain suggests that a witnessing of the authentic corporeal experiences of others can stimulate the very same visceral response in our own brains, as though the experience were ours.  It’s a forging of literal compassion through neural growth.  TOUCH was performed outdoors in Madison Square Park as part of the NYC Open Culture Program. The success of TOUCH led to the creation of a very different piece of theatre, but developed in a similar way.  Commissioned by The Provincetown Tennessee Williams Theater Festival, we took on Williams’ very first full-length play, Battle of Angels.  When it opened for a brief run in Boston in 1940, Battle of Angels was referred to as, “Indecent and improper…lascivious and immoral,” “Low and common,” and, “Putrid.”  Dramaturgy surrounding the play suggests that Williams intended to cast a black man in the lead role but that the idea was rejected by his producers.  That is how Blessed Unrest chose to present it, turning an otherwise innocuous story into a racially-charged illustration of the bigotry of the American south.  Battle of Angels opened at the New Ohio Theatre in New York City and went on the headline at The Provincetown Tennessee Williams Theater Festival in MA.

A scene from Battle of Angels. Photo by Maria Baranova.

Blessed Unrest’s latest undertaking, The Untitled Othello Project (untitledothello.com), is an exercise in creative justice that pays a living wage to all artists, and employs ensemble-based creative practices to engage in deep and sustained exploration of Shakespeare’s text.  We seek to evolve a script that provides humanity and dimension to the title character, and all of the characters that people this widely produced, but to so many, toxic and re-traumatizing play through a series of residencies at academic institutions.

Our work begins with extreme and in-depth text analysis, and conversation about all that we encounter, particularly in the realms of race and misogyny.  We maintain an open forum for all responses, and engage both students and faculty in the discussions.  With the information that we gather, we’re then cutting, and reordering to build a streamlined version of the story that allows room for the actors to truly express the humanity of the characters, all without actually rewriting Shakespeare’s words.  Next steps for the project include additional ensemble-building, and physical exploration of status and hierarchy in the play through movement work.  Our initial two-week residency at Sacred Heart University was hugely successful, and we’re seeking other collaborators of that caliber with whom to continue this important work.

Participants from The Untitled Othello Project meet in an open forum.

We were honored with a commendation for distinguished leadership from the Kennedy Center ACTF National Awards Committee, First Prize at the 2016 Secondo Theatre Festival (Switzerland), and the 2014 Cino Award for Sustained Excellence from the NY Innovative Theatre Awards, from whom we’ve received five other awards among 17 nominations (including Outstanding Production and Choreography/Movement).  Artistic Director Jessica Burr received the 2011 LPTW Lucille Lortel Award for her work as a director and the body of work we have created under her leadership.

Blog content provided by Jessica Burr. Jessica is the Artistic Director and a founding company member of Blessed Unrest. She has been honored with the 2019 Kennedy Center ACTF Commendation for Distinguished Leadership

Historically, the Kingston Chamber Music Festival has served two distinct audiences: younger school children through its schools outreach program and middle age to older adults who have patronized the summer festival since its inception. This latter community is dwindling as age takes its toll. The KCMF Board recognizes an immediate need to safeguard the long-range stability of this celebrated organization by intentionally diversifying its audience base.

Thanks to generous support from the Launders Trust, the KCMF Board of Directors is able to address a key element of the current KCMF strategic plan: to attract and serve younger audience members in their thirties and forties who can help define, lead, and support the Kingston Chamber Music Festival over the coming decades. 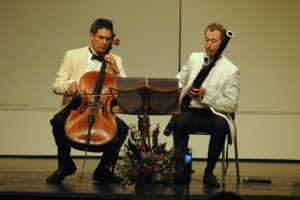 As a Board, we are pursuing the following strategies to build a younger audience base:

1. Implementation of focus groups comprised of younger local concertgoers to determine present barriers to KCMF attendance and preferences among the 30-40-somethings for programming;

3. Booking at least one or two Launders-sponsored, KCMF events in new venues with KCMF-endorsed crossover artists and programming, if findings so indicate;

4. Improvement of the KCMF digital toolkit to enhance social media and web interface for the purpose of strengthening sales, audience outreach and follow-up; and

5. Recruitment of talented younger individuals to the KCMF Board of Directors. 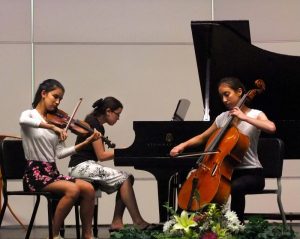 The focus of this targeted Launders funding opportunity is welcome. For the long-term health of the organization, we need to diversify our audience base. A small KCMF sub-committee, including our President and our Managing Director, who is a member of the thirty-something community is presently engaging in deep conversations with contemporary peers to ascertain barriers they perceive in KCMF concert attendance and what would have to change to attract their attendance/participation in the future. Focus group sessions around this topic will be convened in late November, either at the Contemporary Theatre or the Pumphouse Music works.

Additionally, we have booked concert space at the Pumphouse Musicworks for a crossover concert with KCMF artists in late February 2019. Natalie Zhu , Artistic

Director of the KCMF is in the process of confirming musicians for this performance, one who has an international reputation for his crossover endeavors. We anticipate that further programming for this audience will be in response to our findings from the focus groups and questionnaires.

We thank the Launders Trust Board of Directors for its investment in the Kingston Chamber Music Festival, and we look forward to keeping you all updated on our progress. 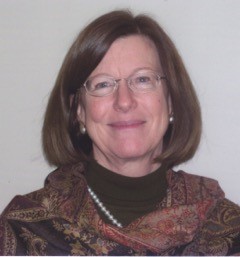 Contributed by Guest Author: Deborah Grossman-Garber. Deborah is an active member of the KCMF Board of Directors, a lifelong devotee of chamber music, and an amateur violist. She retired in 2015 from her post as the State of Rhode Island’s Associate Commissioner for Post-Secondary Education. She formerly served as director of Student Learning Outcomes Assessment at the University of Rhode Island. She earned her graduate degree in Ancient History and Mediterranean Archaeology at the University of California – Berkeley.